Paul Krugman is Super-SMRT, And Other Observations: a Long-Promised Fisking 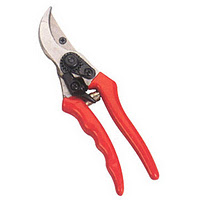 His Krugman-ness in the NYT:

Mark Thoma sends us to the new Journal of Economic Perspectives paper(pdf) on optimal taxes by Peter Diamond and Emmanuel Saez. It’s a tough read (I’m still working on it myself), but there’s one discussion that I think helps make a useful point about current political debate.


In the first part of the paper, D&S analyze the optimal tax rate on top earners. And they argue that this should be the rate that maximizes the revenue collected from these top earners — full stop. Why? Because if you’re trying to maximize any sort of aggregate welfare measure, it’s clear that a marginal dollar of income makes very little difference to the welfare of the wealthy, as compared with the difference it makes to the welfare of the poor and middle class. So to a first approximation policy should soak the rich for the maximum amount — not out of envy or a desire to punish, but simply to raise as much money as possible for other purposes.

I was going to say "optimal for whom?" but Paulie K. kindly spells it out: the "optimal tax rate" is the optimal tax rate for the government. It maximizes the revenue of the state, and it's ability to engage in "other purposes." That phrase, however, is not so clear: what are these "other purposes"? How well are they performed? How well is that performance even measured? If the people decide that the government no longer needs to perform them, can they get their money back?

Now, this doesn’t imply a 100% tax rate, because there are going to be behavioral responses – high earners will generate at least somewhat less taxable income in the face of a high tax rate, either by actually working less or by pushing their earnings underground. Using parameters based on the literature, D&S suggest that the optimal tax rate on the highest earners is in the vicinity of 70%.

So, the principle that tax rates to affect economic behavior is here stipulated. And by a Nobel Laureate, no less.

OK, I hear loud screams from the right side of the room.

What a neat trick. All I hear from the right side of this room is the wind reverberating off the windows. Of course, if I turn in the other direction, the right side of the room is a different side altogether, and now I just hear the ennui of non-optimized desks.

Parsing those screams, I hear the following arguments:

Nobel Laureates have the power to parse screams. I must say I find this impressive. Usually all I hear in screams is the expression of extreme emotion. Never been able to sift those sounds for arguments, but then I don't write for the New York Times.

1. Theft! Tyranny! OK, I hear you. This can’t be argued on rational grounds; I think there are a lot more important moral issues in the world than defending the right of the rich to keep their money, but whatever.

This argument fascinates me. In the first place, Krugman claims that maximizing government revenue for un-named "other purposes" of assumed virtue cannot be argued as tyrannical on rational grounds. This begs the question of how one argues on non-rational grounds, but never mind: Nobel Laureates must be permitted their folksy colloquialisms.

Krugman certainly demonstrates the deep originality of his mind: If only the tyrants of the past had possessed the foresight to simply make a authoritative declaration that it was not possible to argue that they were tyrants. Think of the optimization that could have occurred.

The second part of the argument is even better: it establishes that 1) defending the right of the rich to keep their money is a moral issue, and 2) other moral issues are more important (even if, like "other purposes," they are left unlisted).

So the (albeit small) moral stature of the property rights of the wealthy has been stipulated. Since it cannot be argued by rational means, I guess it would have to be stipulated. As an interesting corollary, we find that moral arguments are not rational.

2. They’ll go Galt! This amounts to saying that D&S’s estimate of the “behavioral elasticity” is too low. Maybe, but they’re pretty careful about that, and your gut isn’t better than their econometrics.

So there. These two economists you've never heard of crunched the numbers real good, Rockefeller. Failure to trust in those numbers over your own stupid lyin' bottom line, well that's just wrecking and hoarding; that's all that is.

3. You’ll kill job creation! This is where it gets interesting.
Right now the official rhetoric of the right, and a fair number of people who consider themselves centrist, is that high-income individuals are “job creators” who must be cherished for the good they do.

Keep this rhetorical distinction in mind: the progressive desire to tax the high holy hell out of the wealthy is not, repeat NOT borne out of petty envy or malice, but the simple rational determination to maximize revenue. However, those on the right don't merely wish to defend "job-creators" from confiscatory taxes, we cherish them. We keep little figurines of them in little shrines, and every day beseech the wealthy to let their "job creation" bring the land to flower.

Yet textbook economics says that in a competitive economy, the contribution any individual (or for that matter any factor of production) makes to the economy at the margin is what that individual earns — period. What a worker contributes to GDP with an additional hour of work is that worker’s hourly wage, whether that hourly wage is $6 or $60,000 an hour. This in turn means that the effect on everyone else’s income if a worker chooses to work one hour less is precisely zero. If a hedge fund manager gets $60,000 an hour, and he works one hour less, he reduces GDP by $60,000 — but he also reduces his pay by $60,000, so the net effect on other peoples’ incomes is zip.

So the hedge fund manager who doesn't work that hour, and therefore earns $60,000 less, he changes nothing for anyone else? His boss, who would otherwise have had to pay him that $60,000 is not suddenly six stacks of high society the richer? The manager, who would otherwise have had $60,000 to spend on whiskey, whores and Benzes, is not going to buy less of these things now?

I mean, I know I ought to defer to the Nobel Laureate of Economics, but that just sounds stupid to me.

Of course, he doesn’t actually lose all of that $60,000, since he ends up paying less in taxes. So there is a loss of revenue from that withdrawal of effort. But that’s precisely what the Diamond-Saez calculation takes into account, and the reason the optimal top tax rate isn’t 100%.

Yes, that's the reason. Not because confiscating the whole of someone's income is a manifest injustice amounting to outright theft. Because the smart boys have determined the right vig.

So, are conservatives comfortable with this analysis? I would guess not, that they have a deep-seated belief that the 1%, by working harder, are doing the 99% a big favor, creating jobs and raising incomes — and that this gain isn’t fully (or even largely) captured by the money they’re paid.

I should dearly like to know who on the right has argued that the wealthy are not rewarded for their labor. I should also like to know the relevance of that argument. Surely, since we're not motivated by envy or the desire to punish, the moral adequacy of their material reward -- whether they deserve their wealth -- has no bearing on the discussion.

My point, then, is that this claim — and the lionization of high earners as people who make a vast contribution to society — is not, in fact, something that comes out of the free-market economic principles these people claim to believe in.

It's good then, that the right does not lionize people for being wealthy. Instead, given the choice between the wealthy keeping their wealth and the state confiscating it for the benefit of ineffective boondoggles which serve to corrupt both business and government, we prefer the former. Decry that as a false dichotomy if you will, but when the government stops being inefficient and corrupt, we'll stop complaining so hard about it's endless appetite for other people's money.

Even if you believe that the top 1% or better yet the top 0.1% are actually earning the money they make, what they contribute is what they get, and they deserve no special solicitude.

This is a fascinating use of the word "special." Normally, "special" denotes distinguished or different from what is ordinary or usual.  Apparently, not taxing the wealthy more than others, or not excluding them from across-the-board tax cuts, constitutes giving them special treatment. That this would seem to be the exact opposite of the normal use of the word does not daunt Teh Krugman. In fact, he can now claim to have crafted a special definition of "special," uniquely befitting a man of his unique stature, with which the video below has no connection whatsoever. I said so.